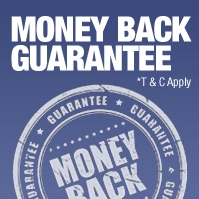 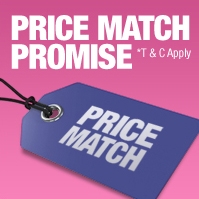 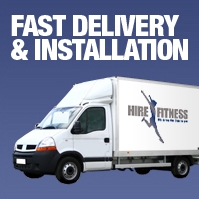 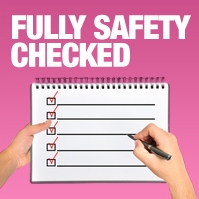 3 Top Tips for Getting Fit

For those who have finally decided to make an effort in improving their overall fitness and seeking out a dedication to healthier living, going from exercising rarely to exercising every day can seem like quite the challenge. Many people have all of the good intentions that go along with the concept of getting fit, but most of them simply do not understand what they need to do to achieve their goals successfully. Much of the time, eager individuals rush into excessive exercise routines and over-the-top diets in an attempt to hit their fitness ideals quicker, without paying attention to the truth behind truly beneficial fitness. However, there are 3 top tips for getting fit that could prove to be incredibly useful in changing your approach to life, and ensuring that you approach your fitness regime with the right attitude.

One problem that many people have is that their impatience can overwhelm their good intentions. Once we decide that we want to get fitter, many of us struggle with the concept, and feel as though we need to start seeing improvements straight away to ensure that what we’re doing is making a difference. Instead of jumping in the deep end and encouraging yourself to quit when you can’t quite make that ten mile trek, take your time. You have a lifetime to perfect your health, and nobody can go from couch potato to Olympic world-class athlete overnight. If you are going to start running, take it slow at first. Stick to a walk for the first couple of days, then move to jogging, then go slightly faster and slightly further with every run.

After a while of the same fitness routine, you will begin to find that the process becomes easier, you don’t get as tired as quickly, and you are capable of much more than you originally were. This is a good sign, it means that your body is beginning to adapt to a healthier form of living. However, most people attempt to solve the problem by trying to exercise for longer periods of time, stretching out half an hour of intense exercise into two hours a day. Not only does this quickly drain the time that you may have to yourself, it also doesn’t work incredibly well. Studies have shown that exercising for periods of longer than sixty minutes can change the chemical state in the body, which begins to destroy muscle and encourage fat content to rise. Doing more can sometimes mean benefitting less, so instead of simply adding time to your fitness routine, try to give yourself a tougher challenge in the same duration.

Because of the hectic lifestyles that many of us live today, we sometimes think we can get away with cramming an entire week’s worth of exercise into one afternoon at the gym, but this is simply not the case. It’s much easier to make fitness a natural thing if you are exercising every day. Fitness equipment hire, for example, could bring the machines and tools that you need to your home, so that you can access the fitness gear that you need whenever you find the right moment to spare during your busy day.

This website uses cookies to improve your experience while you navigate through the website. Out of these cookies, the cookies that are categorized as necessary are stored on your browser as they are essential for the working of basic functionalities of the website. We also use third-party cookies that help us analyze and understand how you use this website. These cookies will be stored in your browser only with your consent. You also have the option to opt-out of these cookies. But opting out of some of these cookies may have an effect on your browsing experience.
Necessary Always Enabled
Necessary cookies are absolutely essential for the website to function properly. This category only includes cookies that ensures basic functionalities and security features of the website. These cookies do not store any personal information.
Non-necessary
Any cookies that may not be particularly necessary for the website to function and is used specifically to collect user personal data via analytics, ads, other embedded contents are termed as non-necessary cookies. It is mandatory to procure user consent prior to running these cookies on your website.
SAVE & ACCEPT